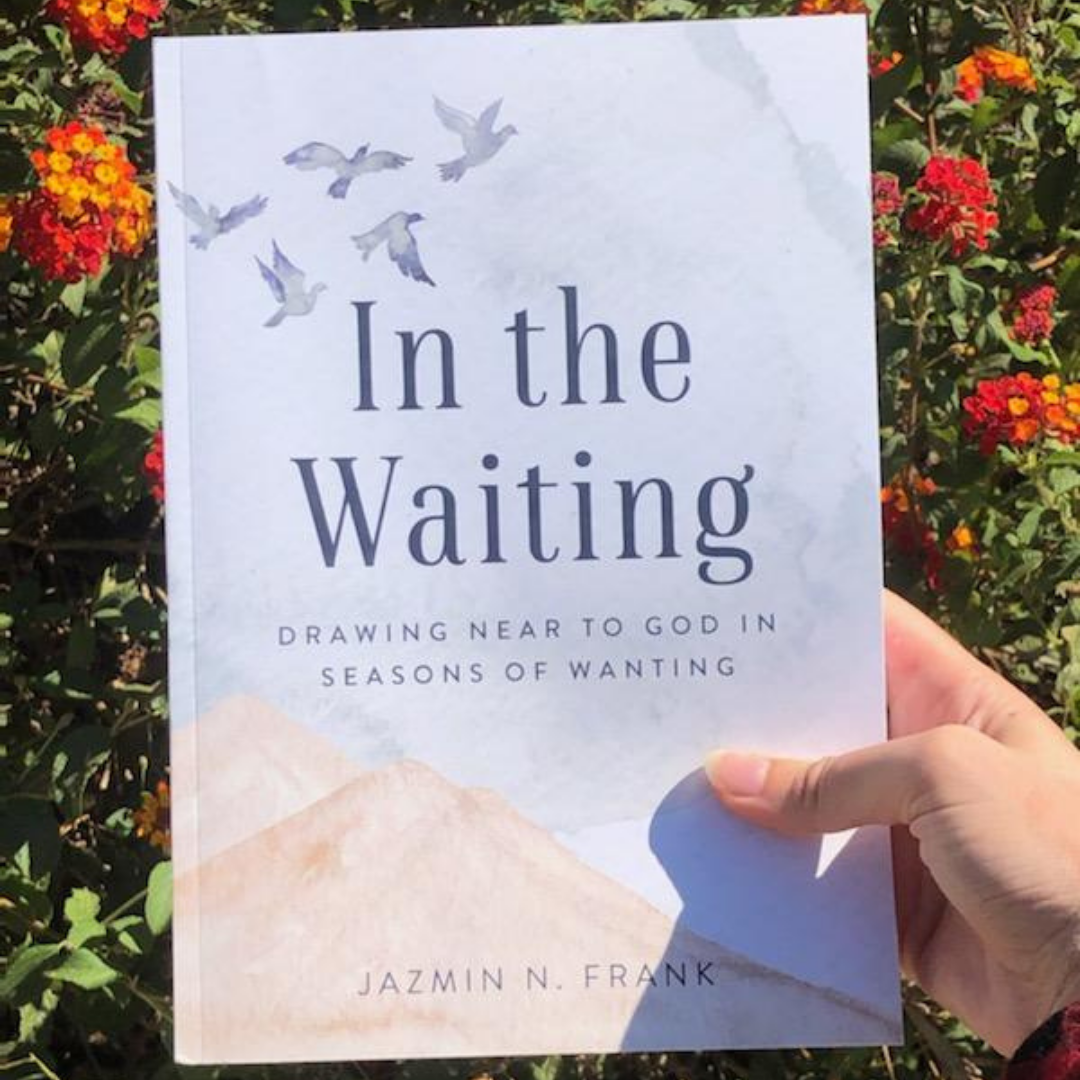 **Some of the links in this post are affilliate links, and if you make a purchase through those links, I will receive a small commission, at no extra cost to you. This is just one small way that allows me to keep making devoted resources for you! Read full disclosure here.

It’s really happening! The wait is over! My new Bible study, In the Waiting: Drawing Near to God in Seasons of Wanting is now available on Amazon!

Writing this book has been such a blessing to me. And truly, my own need to find God in my waiting, to connect with Him, was what inspired it.

As I’ve been sharing and talking about this study, one of the things I keep hearing is, “Wow, this topic is so timely!”

I agree, but the timeliness wasn’t my planning.

Over a year ago, I sat down with the Lord to talk about what projects we would work on, and this one got stuck on the calendar.

I had no idea at the time that the entire nation and globe would enter an extended season of waiting.

I had no idea we would be so hungry to encounter God here in these middle places of uncertainty.

Yet, here we are.

We’ve found ourselves in an unexpected wait and we’re not quite sure what to do.

The answer, I’ve found, is that instead of rushing through to get to the end of the waiting, we have an opportunity to get to know God better right here.

Knowing that has led me to rethink how I view the waiting seasons–even this one. Simply changing my thinking about waiting has made a huge difference in my ability to wait well. I don’t do it perfectly, but I am learning how to draw near to God in those waiting seasons.

If waiting is a challenge for you, I want to challenge you to rethink the waiting. And it starts where so much of our faith begins, back in the Garden.

The following passage is based off an excerpt from In the Waiting. I hope it plants a few seeds and helps you encounter the God who is with you in the waiting.

The Origin of Waiting

The first two verses in Genesis might just be some of my favorite in all of Scripture. Do you know why? Maybe you caught it too? It’s because of this sense of anticipation.

Before Creation even existed, this open expanse of nothingness seemed to hold its breath—ready and waiting, expecting something grand to happen.

And it did! Light, sky, night, day, land, sea, sun, moon, stars. All of it God breathed into existence with the words “Let there be” and after each act of creation, He declared it good. God’s tongue spun the entire universe into being, giving way to a deep and satisfying exhale for that anticipatory inhale. No longer was the Spirit of God simply hovering. He was moving, breathing life into a world that hadn’t existed before.

Then to top off His creation song, God makes man and woman and calls them good too. He establishes a relationship with them and every day He met with them in the cool of the evening. It was a meeting and a conversation, a time when humanity simply enjoyed being in their Creator’s presence. It was a time that they came to anticipate. They waited for it. They expected it.

So often in our modern language, the word “wait” has negative emotions tied to it.

Wait for many of us feels like a bad four-letter word. It means we’re being deprived of something or pushed aside, our desires unmet. At least for me, waiting is often connected with fear that the thing I’m waiting for won’t actually happen.

But here in the context of Creation wait has a beautiful sense of expectancy. The Spirit hovered. All of that nothingness held its breath, waiting, and then life sprang out of nowhere! 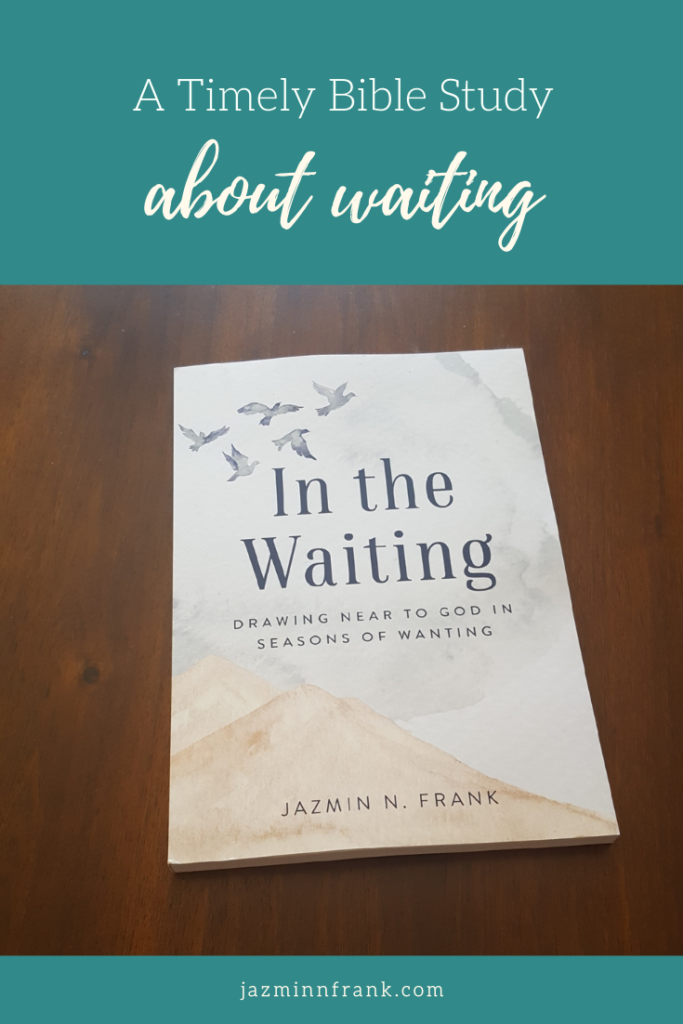 Adam and Eve tended to the garden, cared for the creatures, nurtured their relationship with each other, all the while knowing that their Father would show up when the evening became cool and the sun started its watercolor descent. They waited for Him, but there was no fear of being denied. They expected good things from God, they expected Him to show up, and their expectations were met because in those sacred moments in Eden, everything was as it should be.

The relationship between God and humanity was as it should be. They never doubted Him to show up or take care of them. But all of that surety, dissolved when the serpent whispered doubt into Eve’s ear for the first time. His line of questioning left Eve wondering, “Is God really good?”

The moment Eve took and ate of the Tree of Knowledge of Good and Evil and handed it to Adam, both of them decided that God wasn’t good. They stopped expecting good things from Him and decided He was holding out on them. They took and ate, and in that moment their beautiful, expectant world was flipped on its head. Creation was no longer whole or expectant of God’s goodness.

I think one of the reasons waiting is so hard is because the same doubt that crept in with Eve’s bite of that fruit is now hardwired into us. We struggle to believe that God is good to us and we stop expecting good things from Him.

Do you believe God is good? The “church answer” to that is “yes, of course!” But let’s set aside the church answers for a moment and settle into this waiting space.

Do you believe God is good and kind right here in your waiting?

How do you feel about Him?

Do you feel like He’s listening to you or aware of what you’re feeling in this season?

Or do you feel slighted, ignored, or unimportant to Him?

If we’re going to allow these seasons of wanting and waiting to draw us closer to God, our first step is to remember who God really is and to ask Him to awaken our hearts to His goodness.

It’s time to press back into the original intent of waiting and wait with expectancy, not for the object of our wait, but for God to show up and move.

It’s time to expect God’s goodness smack dab in the middle of our waiting.

It’s time to remind our broken, busted, and bruised hearts that God is good, that He can be trusted, and that we can expect good things from Him.

You know what else happened that day the serpent slithered in? Someone else entered a season of waiting.

God began waiting for the day when our relationship with Him would be restored.

Waiting can feel isolated and lonely. Depending on what you’re waiting for, it may even feel like no one else in your community quite understands what you’re going through. But God does. That day when He sent Adam and Eve out of Eden, God began to wait for the time when sin would be eliminated from the world He had created, and relationship with humanity would be restored.

In the waiting, we can trust God’s goodness. We can expect good things from Him. And we can rest in the truth that God is familiar with the ache of wanting.

Want to read more of this study? You can find it now on Amazon.

Related: 6 Books to Encourage You in the Waiting