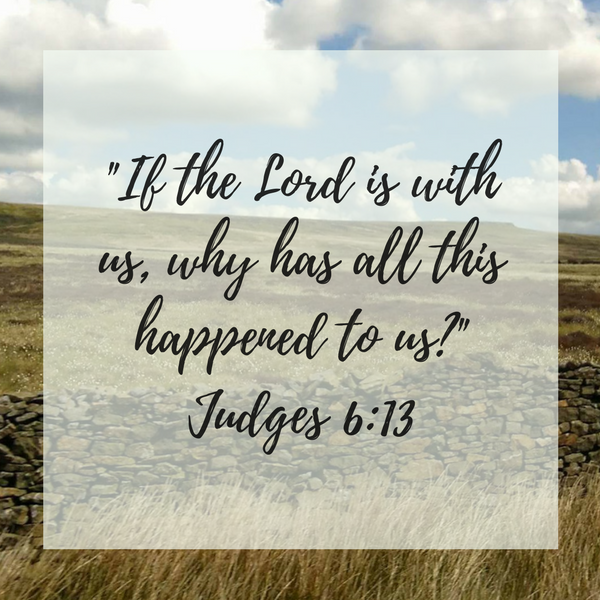 It’s hard to watch the news these days. And if I’m being honest, most days I don’t. I hear about the big things on the radio as I’m driving around town, and it breaks my heart to see so much hate and death and destruction.

Some days it can be hard to believe that there’s a God out there–and much less that He’s good.

If God is good, why isn’t He stopping all of this?

If God is good, why isn’t He doing something?

Is He really good?

In the book of Judges we encounter a man asking the same exact questions. His name is Gideon.

Gideon lived in Israel during the time of the judges. Israel had entered the promised land and had conquered some of the peoples of the land as God commanded. However, they allowed some of the nations to live, which only caused trouble for Israel. Other nations went to war with them, but even more devastating was the effect of their religious practices on God’s people.

Israel had seem miraculous things. Since the time of Moses, stories had been passed down about how Yahweh had rescued Israel from bondage. Fathers told their children and their children’s children about the plagues and the Red Sea parting and the walls of Jericho toppling over after the army simply obeyed God’s orders to march around the city.

And how quickly they forgot them…and the Lord.

By the time we meet Gideon in Judges 6, Israel had turned away from the Lord and was worshiping the gods of the Amorites. And because of that, God had given Israel into the hands of the other nations. The Amorites and the Midianites made life completely miserable for Israel, stealing their crops and their livestock. It got so bad, our man Gideon threshed his wheat in his wine-press in hopes of hiding the harvest from the enemy.

It’s in the middle of this work that an angel of the Lord appears to Gideon: “The Lord is with you, mighty warrior” (verse 12).

I imagine, Gideon jumped and his hands stilled at the sound of the unfamiliar voice. Whether others were around doing similar work, we aren’t sure; but I’m certain this visit wasn’t expected. We see that in Gideon’s response.

“Pardon me, my lord, but if the Lord is with us, why has all this happened to us? Where are all his wonders that our ancestors told us about?” (verse 13).

How many times have we voiced such a question? God did so many wonderful things before. Where is He now?

I love Gideon’s response because of his honesty. The angel greets him with news that the Lord is here, but Gideon raises his brow and voices his doubt. “The Lord has abandoned us.”

Perhaps that was true for a time. Israel had turned away from God, and God let them. Since the beginning of time He has given humanity the choice of relationship; He will never force Himself on anyone. But always He pursues. And it seems that in the midst of an idol worshiping community, this man Gideon was open to serving the Lord again whole-heartedly. 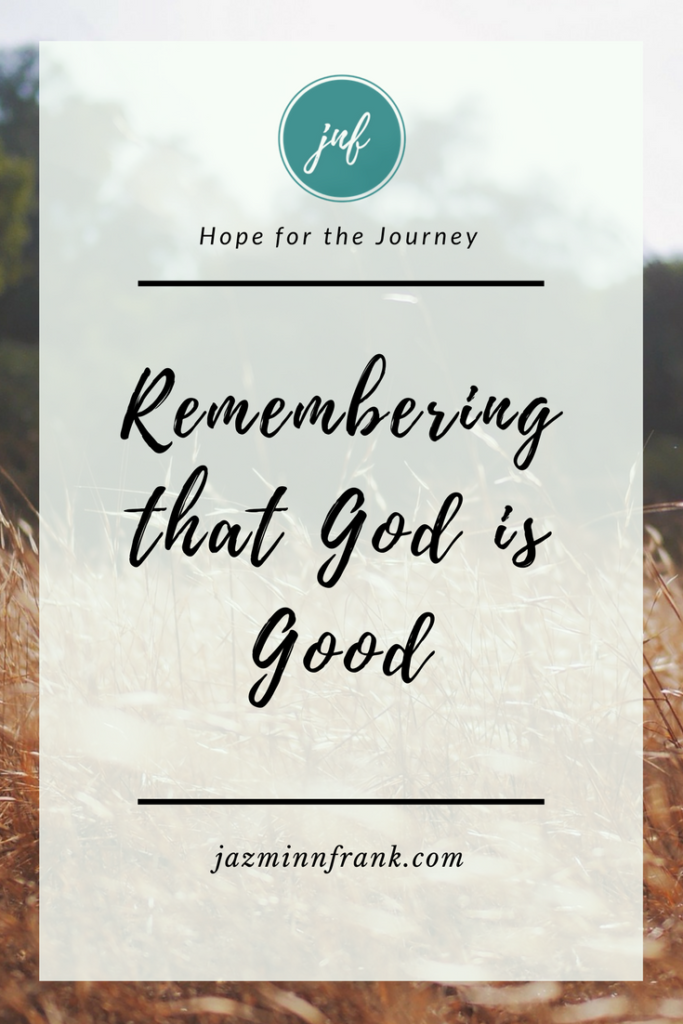 Gideon is also the one the Lord has selected to defeat Midian. “Go in the strength you have and save Israel out of Midian’s hand. Am I not sending you?” (verse 14).

Gideon questions the call, reminding the Lord–because perhaps He forgot–that Gideon isn’t a “mighty warrior.” He comes from the smallest tribe and is of little significance even in his own family. But the Lord assures Gideon that he doesn’t go in his own power, and that the mission will be successful: “I will be with you, and you will strike down all the Midianites, leaving none alive” (verse 16).

Uncertain, Gideon asks for a sign. In all honesty, I can’t say I would have done things differently. Gideon doesn’t want to go into battle only to face death. He wants to be certain he is hearing the Lord, so he urges the angel to stay put while he goes inside to prepare an offering.

I wonder if Gideon thought the afternoon heat was getting to him. Perhaps the angel was only a sign of heat exhaustion, not a sign of the Lord. If he leaves and comes back, will this angel still be there?

So Gideon went into the house and prepared some bread and meat and brought the food back out to place it under the tree where the angel still stood. The angel told Gideon to place the offering on a nearby rock, and with one touch of the angel’s staff, fire flared up from the rock and consumed the bread and meat. After that, the angel vanished. Gideon stared wide-eyed then staggered back against the tree, leaning against it with his hand pressed hard against his forehead. “Alas, Sovereign Lord! I have seen the angel of the Lord face to face” (verse 22).

Then he offered a sacrifice to the Lord, calling that spot “The Lord is Peace” because he had seen the angel and the Lord had spared his life.

Gideon would go on to defeat the Midianites by the strength of the Lord, even though he fought with only 300 men. It’s one of the most unlikely battles in history, but in it we see God’s goodness.

We see God reaching out to His people, rescuing them from oppression, and giving them and opportunity to turn back to Him. He gives them an opportunity to trust Him again. And all this happens after years of Israel turning away.

I know it’s hard to look at our world today and not question God’s goodness. But like I mentioned earlier, God isn’t going to force Himself or His ways on people. That’s part of His goodness. He lets us make our own choices. It’s one of the freedoms God gave us when He created the world. He wants us to choose Him, to choose the way of life; but not everyone does or will.

It’s hard not to question why God doesn’t do something to stop the madness when people make the wrong choice. But I know He is working. Not always in ways we see or want. But like Gideon, we become the hands and feet to do God’s will, to accomplish His purposes, to claim victory even in times of oppression.

To remind this fallen planet that God is good.

Related: Q&A: The Sovereignty of God