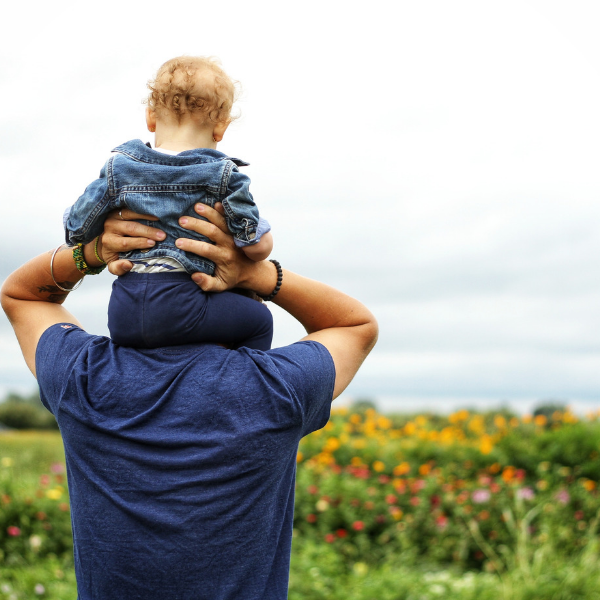 “I think maybe the problem is that you see yourself more as God’s slave rather than his daughter.”

Her words slammed into my heart as I sat facing her, both of us leaning our backs against opposite arms of her couch. I’d been going through a hard season and still didn’t know why so much weighed on me. Why I couldn’t seem to move beyond the muck I’d been sitting in for months. And like the breaking of morning fog, her declaration broke into my heart, clearing the emotional haze. It felt true.

And disappointing. Because her calling me out on that mindset meant that I’m not as far along in this faith thing as I sometimes like to pretend I am.

The mind of a slave

There is still much work to be done in this heart that wants to do everything right.

I want to please God, but not in the way a daughter comes to her Father to show off the new talent she’s learned. No, my desire to please stems straight from my fear that if I mess up in any way, God will shove me out of his grace.

I’ve been living as God’s slave instead of his child–just looking at my most recent history and habits that much is clear. I read my Bible for fear of missing some truth or direction God wants to give me. I go to church because that’s what good Christians do even when I am exhausted and what I really need is a day to just be alone and not do anything scheduled. I volunteer and fill my schedule with ministry opportunities because I feel like that’s what I’m supposed do. I’ve gone on mission trips, not because I felt called but because I thought I should.

So many of the ways I’ve learned to relate to God have happened through a sense of duty, a sense of responsibility and should. The thought comes often that if I don’t do this thing–if I don’t pray or go to that church event or disciple that person or read that passage today–I will miss out on something God wants to give me. Or worse, I’ll disappoint him or make him angry and I will be punished for it.

My friend’s words felt like grace showing up to tell me I could stop living this way.

This slave mindset, though it sounds harsh, is one many of us live out of. We see disciplines as duties rather than avenues to meet God and grow our relationship with him at a deeper level. We feel obligated more than honored to be a part of ministry. We say yes instead of no because we feel we should even if we don’t really want to. We go after more more more to prove our faithfulness and to try to please God rather than making space to do those things God has clearly called us to do well.

The heart of a child

After that conversation I found myself asking God what it means to live as his child. How do I let go of this slave mindset and relate to him as he desires–as Father and daughter? That switch can’t happen until I allow him to correct my view of him.

He is a good good Father. That’s what the song says. I want to know him in that way. And as an answer, God has been leading me to Luke 15.

At the end of Luke 15, we find the parable of the prodigal son. A man has two sons, and one demands his inheritance early. That son goes off and wastes all his money on reckless living and ends up broke–so broke that he takes a job feeding pigs. This is most definitely rock bottom for him.

While feeding the pigs their morning portion of slop, it dawns on him how well off the servants in his father’s household are. So he hatches a plan. He will return home to his father and say,

“Father, I have sinned against heaven and before you. I am no longer worthy to be called your son. Treat me as one of your hired servants” (verse 18-19).

And that’s exactly what he does. When he arrives home with his prepared speak, he humbly requests to be made a servant. Instead, his father runs to greet him, pulls him into a tight and long-overdue hug, and orders that a feast be given in his son’s honor and the finest clothes brought out for the boy who has returned home.

Just as the party is getting started, the older brother shows up and demands to know what all the fuss is about. He is informed of his brother’s return and his father’s warm welcome, which makes him furious.

“Look, these many years I have served you, and I never disobeyed your command, yet you never gave me a young goat, that I might celebrate with my friends. But when this son of yours came, who has devoured your property with prostitutes, you killed the fattened calf for him!” (verse 29-30).

Reading this passage, it hits me: neither one of these sons had a right view of their father.

The younger son who left home with an early inheritance saw only his sin and didn’t believe he was worthy of anything except a life of servitude. He wasn’t worthy to be a son anymore.

The older son who had faithfully served his father–notice how he said served?–was upset that his reckless brother got the party when the older brother, the faithful brother, was the one who deserved celebrating. After all, he’d done everything right. He had served well. Wasn’t that deserving of a roasted goat? 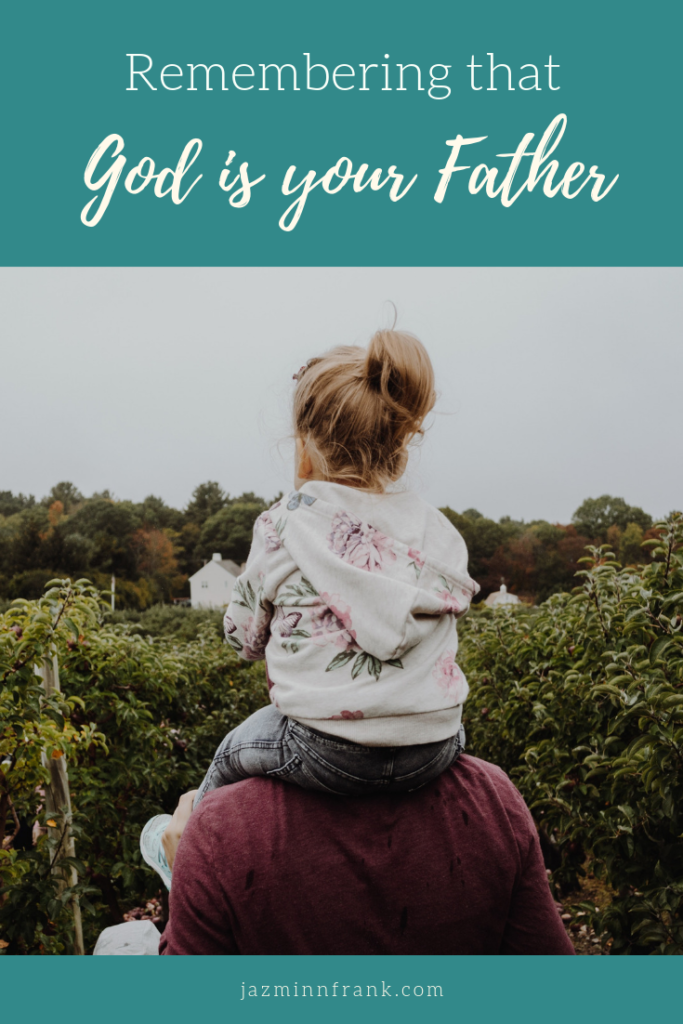 If we’re going to live into our identity as children of God, there are some important truths we can glean from this story:

1.Our Father is full of grace. We see this in the father’s response to both sons–the one who messed up and the one who was faithful. He extends grace to bother–one for his sin and one for his bad attitude. He invites both of them to live into their identity as children. The younger is brought in and celebrated, and the older is reminded that his years of faithful service do not define him. The fact that he, like his brother, is his son is what defines him.

3.Discipline is a sign of the Father’s affection. Every good father disciplines their children. That word discipline doesn’t always mean punishment, but instruction, teaching, and correction. When we remember that God is our Father and we are his beloved children, we can trust that any discipline and correction is done out the desire of a Father to see his child grow and succeed.

A journey started for me when my friend spoke those words to me, showing me what I really believe about God and myself. I have been living as a slave, concerned with doing things for God; but now I’m trying to embrace my true identity and live as his beloved child. I don’t always get it right, and there is still a lot of rewiring and healing the Father and I are working through, but the deeper I press into this–into him, into who he’s created me to be–the more freedom I’m finding.

And I want to encourage you on this journey too of knowing God as Father.

For the month of May in my Hope for the Journey weekly devotional, I’m sharing some more thoughts about God the Father–who he is, what he does, and how we can keep pressing into that identity as his children. If you need a fresh reminder of who God is and who you are, you can sign up below.

I’ll leave you with this benediction: Today, this week, this year may you come to know the deep and abiding love of your Father. He is a Father full of grace and love for his children, of which you are one. May you come to know that identity more fully and may that be the place from which you live out your most abundant life.

Community Question: What does it mean for you that God is your Father?

Live in his love!