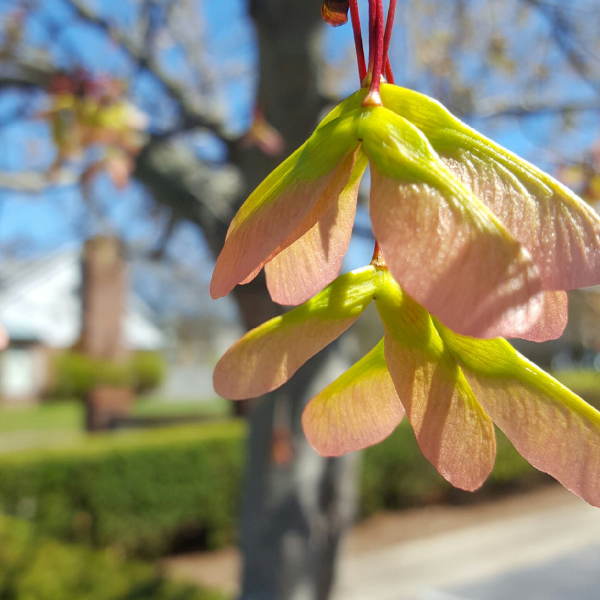 One of the things I love most about studying the Bible is letting my imagination fill in the gaps as people encountered the Lord. Their emotions, their struggle, their journey to believing. With Easter just hours away, I wanted to look at how people were affected by the resurrection. What would it have been like to be there, to see Jesus die, then hear only a few days later that He had risen? What would it be like to encounter the risen Lord, to share a meal with Him? Peter felt like the right person to share this experience, to look at it all through his eyes. Peter who had been so bold and outspoken throughout Jesus’ ministry, yet denied Him the night of His betrayal. What would he have thought? This is by no means a historical retelling of the event, more like an exploration of how it might have been. And through it we see God’s great grace and abundant love. Happy Easter!

I don’t deserve it.

I truly do not deserve it. But maybe that’s why they call it grace.

Of sinners I may not be the chief, like Paul, but I’m definitely undeserving of this great grace.

You see, I knew Jesus. I walked with him. For three years I watched him perform miracle after miracle. The lame could walk, the blind could see the mute could speak the deaf could hear.

I even declared one day when Jesus asked us, “Who do you say I am?” I answered, “You are Messiah.”

So where did I go wrong? That last night before the arrest, we were all gathered in that upper room, and Jesus told us that He was going to die. He would be handed over and put to death. Me in my boldness had declared it all a lie. No one would kill him. Then Jesus turned to me. “Peter, tonight before the rooster crows, you will deny me.”

His lips dipped in a solemn frown. “No, Peter. You will deny me.”

And He was right. Hours later we went to garden. Jesus asked us to pray, but we kept falling asleep and then they came for Him–the pharisees and the guards, they came. I did what I could, pulling out my sword and attacking one of the servants, but it did no good. And Jesus reprimanded me for it.

Instead of fighting, He let them take them. I followed close behind, John too. We followed them to the priests house. I stood outside while John slipped in and tried to get more information. I was trying to warm myself by the fire, but people recognized me and connected me with Jesus. “Surely you were with him, this Jesus.”

Fear dictated my response, fear of what they might do if they knew the truth. “No, I’m certain I don’t know what you’re talking about.” After that first lie, the next two came easily.

“Surely you were with him, you know him,” another man nearby said.

“No, I don’t know what you are talking about.”

A servant woman joined the conversation I was eager to escape. “But you must be, for you are a Galilean.”

Three times denied and twice the rooster crowed. Those crows…they tore at my heart, tore me to pieces. And I ran. I ran far from that place, far from Jesus’ knowing gaze because He knew. He’d spoken it after all: You will deny me.

That day they put him to death. I didn’t see it, but John told me later about the gruesome sight–of the bloodied stripes across his back, the thorns digging into his scalp, the heavy cross they forced Him to carry. They crucified him and we buried him. For three days now he’s been in that tomb.

How did things go so wrong? He’s Messiah. He wasn’t supposed to die. But, there we were. All of us sitting in that upper room, hiding, grieving, trying to make sense of it all. Until the women rushed in.

“Peter, John! Listen. You won’t believe what we just saw, what we were told!”

John was first to jump to his feet. “What is it Mary? Joanna? What’s happened?”

Mary continued to fill in the details as the rest of us stood shocked. “We went to the tomb, all of us to anoint His body, but when we got there, the stone was rolled away and there were two men there, two men so bright their clothes were almost blinding. They told us that Jesus wasn’t there.”

Amidst the incredible story, I finally found my voice. “How is that possible?”

I didn’t need to hear anymore. I ran out that door, not entirely sure where I was going, but John followed, pulling ahead and leading me right to the tomb. He stopped outside the doorway, but I darted inside. I had to see, I had to know. What the women said was true. The tomb was empty, the clothes that had covered his body lay on the stone bench and the head piece had been folded neatly and set aside.

How can it be?

Over the next few days we all pondered this. What had happened? Could it be true? Words Jesus had spoken came back to us words about Him rising again about how a seed needs to die. None of it made sense, not until that day He appeared to us. 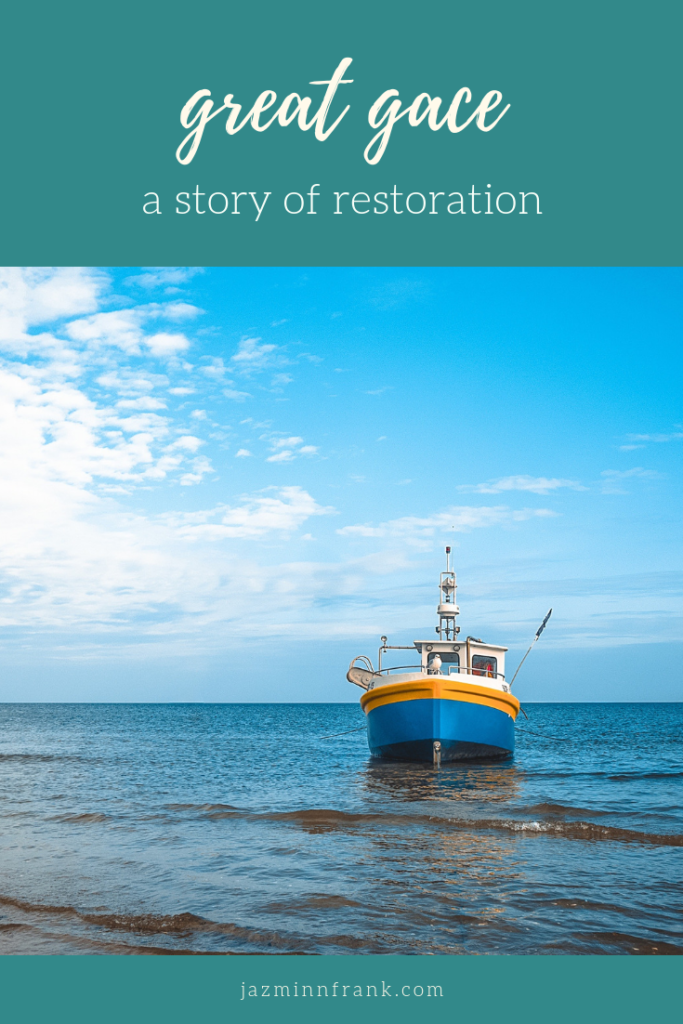 We were all gathered once again, the doors locked, the windows covered. There was no way inside, but He just suddenly appeared. “Peace be with you,” He spoke. All of us, I think, uttered a collective gasp. Shock filled our minds and our souls, yet peace filled us too. I was toward the back of the room, but as soon as I heard his voice, I knew. It was Jesus.

He would appear several more times over the next few weeks. We tried to tell Thomas about that first encounter he had missed, but he didn’t believe us. Not until he held Jesus hands and felt the place where they’d been pierced. Not until he put his hand in Jesus’ side. That’s what he said it would take for him to believe such a doubtful story.

Days later, Jesus showed up and spoke to Thomas, “Thomas, come touch my hands, put your hand in my side. Believe.” Thomas never made it past his kneeling position. He saw and believed. And Jesus said many would believe after him who hadn’t seen Him.

Of all the encounters Jesus had with us after He rose, there’s one that sticks with me. A couple of us went out fishing early one morning, and as dawn was breaking, I looked toward shore and saw a cooking fire and a man bending over it. It took me only a second to realize that it was Him, it was Jesus. Throwing caution to the wind and my body into the water, I swam to shore. The boat arrived too with the other men, and Jesus invited us to eat. After we had eaten our fill of fish, Jesus turned to me, His eyes…loving. Something I didn’t deserve. “Peter, do you love me?”

I looked at Him confused. “Lord, you know I love you.” But in my heart I knew I hadn’t shown love. I had abandoned Him, denied Him. He nodded. “Then feed my lambs.”

A few minutes later he turned to me again and spoke the same words. “Peter, do you love me?”

Again I looked to Him, memories of that night coming back. I didn’t deserve His love, but I wanted Him to know that I did. Despite what I had done, I loved him. The emotion of that truth choked out my words. “Lord…you know I love you.” I felt like that statement came from a deeper place in my heart, like I’d submerged myself beneath the shame and regret and Jesus knew.

“Then tend my sheep.”

Almost immediately He asked me a third time. “Peter, do you love me.”

By this point, I was so overwhelmed with emotion. “Lord, you know all things. You know I love you.” Jesus smiled as if He’d finally gotten that answer He wanted. Not just in words, but from my heart. “Feed my sheep.”

He told me about things to come, things that don’t make sense right now, but I’m willing. Whatever happens, this time I will be faithful. This time I will go with him even unto death. I’ve gone the other way before, and let me tell you, it’s the most painful thing. But what amazes me is the fact that He welcomed me back. He welcomed me back into the fold and He gave me a task. “Follow me, Peter”

Suddenly concerned about the others sharing the meal, I asked, “But Lord, what about him?” I pointed to John. John the one who may have fled from the garden, but who was also the one who stood at the foot of that cross, stood with Jesus as He suffered. John the one who had been faithful, unlike me.

“Lord, what about him? Will he die too?”

And I will. Because I have tasted a love and a grace unlike anything this world has ever seen. This world needs to know about it. So I’ll tell it. I’ll keep telling my story until Jesus returns. Because He said He’s coming back. We don’t know when, but until He does we wait.

Related: Grasping a Little, Getting Grace Upon Grace

2 thoughts on “Great Grace: A Story of Restoration”